Frequently sought yet seldom obtained, it sits on a pedestal in the fertility community. Or maybe it’s just me. I think they’re great. Whoever came up with the idea deserves some sort of pen-based award.

One frequently finds one’s self wondering which promotional sperm pen best suits their needs. Uncertainty, worry and despair plague the prospective sperm pen owner. With so few options on the market, it is no wonder that angst reverberates around the sperm pen community. The decision of which sperm pen to procure is one weighted with responsibility.

It is the consumer’s duty to be fully abreast of recent advances in sperm pen technology if they are to have any hope of deciding which pen best fulfils their needs. The discerning sperm pen owner seeks clarity in a world of pen-related uncertainty. This study seeks to uncover the truth in a scientific, evidence-based study, in hope of guiding today’s savvy consumer towards an informed sperm-pen-related decision.

The two test candidates for this study are from Repromed, and Life Fertility Clinic.

Candidates were assessed on 4 unique criteria, judged by a single panelist. The author notes the weakness of a single point of judgment; however due to the inherent awesome and subsequent rarity of sperm pens, it was judged too risky to put the study’s collection in the hands of independent reviewers, as they would undoubtedly get pinched. This notion is supported by the following table, illustrating the hierarchy of pen attractiveness to thieves: 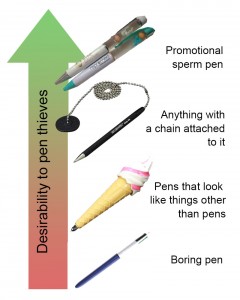 The author notes that the Repromed model of sperm pen was itself retrieved from a locked cupboard from within the confines of the clinic to prevent such an occurrence. One must treat sperm pen related studies with a great deal of sensitivity, as they are the endangered species of the pen world.

Anyway, on to the results.

The Life Fertility pen was the clear front runner on length, with an excess of 3mm over the Repromed model. 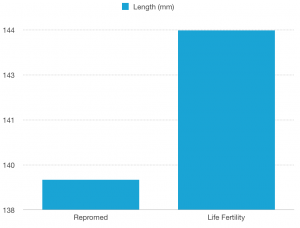 Repromed made a surprise comeback in girth; however one must note this was likely to accommodate the increased sperm count, detailed in the following figure. 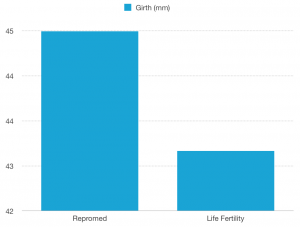 The sperm count of the Repromed model is far superior to Life Fertility’s; however it is difficult to ascertain whether or not this results in increased fertility rates, as a pen loaded with only 5 sperm isn’t ideal in any situation. 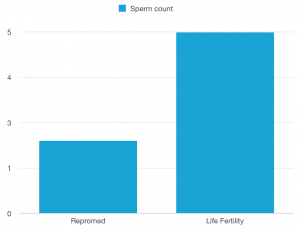 The speed of the swimmers varied greatly between the two samples. The Repromed pen took a staggering 9.06 seconds to float from one end of the chamber to the other; while the Life Fertility pen swimmers took a lightning fast 1.53 seconds. 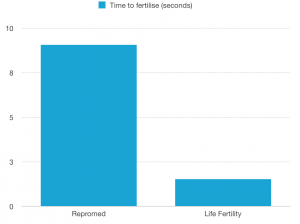 While Life fertility’s pen attempts to fertilise its egg as the user writes, the Repromed model opts for a resting fertilisation, requiring the pen to be upturned to begin the process. This seems counterintuitive; however it is certainly an improvement over Chinese knock-off sperm pens, where they haven’t got it quite right. See for example the following image from a Chinese webshop, where the sperm are running away from the egg (which is fair enough, it has a menacing smiley face and is bright yellow – I’d run too). 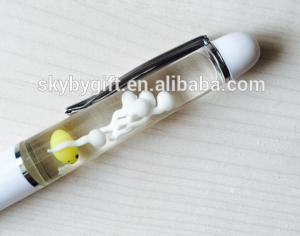 To conclude, personally I found the flow of ink, alignment to branding and ease of use of the Repromed pen to push it over the line. I wouldn’t hesitate to recommend it to my friends.

Do your own research, stay informed and you too will make the decision that’s right for you and your family, leading you to a happiness that only the correct promotional sperm pen can provide.